One of the main reasons why organizations choose to have non-geographic numbers as their contact numbers is because they wish to dynamically route the calls they receive via call-centres. Such numbers are usually opted for by large establishments or companies. One such example would be 0345, these numbers are one of the most commonly used 03 type of phone numbers in the UK. Assigned as an alternative to the traditional 0845 or 087 prefixes, 0345 numbers are often categorized as ‘UK Wide’ numbers. This type of special landline-rate contact number is opted for by government bodies, the public sector, businesses, retailers, traders, financial organizations, charities, statutory bodies and so on. 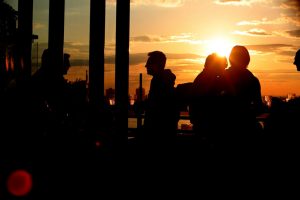 One of the main reasons why this type of number is much preferred is because it is extremely versatile, i.e. it can be used for a wide range of activities be it for voting (in case of television shows), information or as helplines. Calls to traditional 08, 05 or 09 numbers were too expensive, which is why Ofcom, a highly popular communications regulator in the UK, introduced 0345 numbers. The solution was accepted well by people as it provided a much needed relief from calling chargeable numbers, i.e. numbers with 08 prefixes. Thanks to Ofcom, organizations could now have a single point of contact (on a national level) without their consumers or customers having to pay extra charges in order to get in touch with them.

As far as the call cost is concerned, the charge for the calls made to 0345 numbers is no more than the national call rate to 02 or 01 numbers. Moreover, 0345 numbers count towards any inclusive minutes just the way 01 or 02 calls do. This means that if your phone tariff comes with inclusive calls to landlines then the calls you make to 0345 numbers would also be included in a similar fashion. This charge is applicable irrespective of whether an individual is making a call from a mobile, BT, payphone or fixed line number. One of the biggest advantages of 0345 numbers (from a caller’s point of view) is that revenue sharing is not allowed in this case. In other words, the dialed party or organization does not receive a share of the amount paid by consumers for making a call to the number.

The cost of calling an 0345 number

One of the important facts to note here is that 0345 numbers aren’t free to call, but they can be called without paying extra charges on a lot of phone tariffs. If your landline package offers ‘free minutes’ or similar discount schemes then it would be applicable for 0345 numbers. However, in order to have an idea of the exact call charges to such numbers you’ll need to get in touch with your phone line provider. Generally, individuals in the UK are charged 10p per minute when making calls to 0345 numbers. However, this can vary depending upon the time and day you’re making the call.

How much does it cost to call 0345 numbers on mobile?

The cost of calling 0345 numbers – as well as all 03 numbers – is regulated by Ofcom. Legilsation states that 03 numbers should not be charged at anything more than the cost of a local call. This equates to the same cost as calling any 01 or 02 number. You can see the cost for calling an 0345 number from mobile in our table below, separated by service providers.

In case of mobile phone users, the charge should not be more than a landline’s charge as per the law. If you have free minutes then calls made to a 0345 number will be balanced off from the ‘free minutes’ quota and there will be no additional charges accruing. Now, the type of mobile phone operator you use can also affect the call charges to 0345 numbers. Also, the time of call matters since daytime, evenings and weekends have different call rates. Because of all the benefits of the number range, many people are looking to purchase an 0345 number. On an average, the cost for calling 0345 numbers from a mobile would be anywhere between 10-40 p per minute, however the price per minute can sometimes drop to as low as 3p!

How much does it cost to call 0345 numbers on landline?

Although their use has slowly died off in recent times, landlines are still a popular way to call 0345 numbers. If you are interested in finding out the cost of calling an 0345 number from landline, see our table below. Again, all of this is regulated by Ofcom, and the charges are largely based on what it would cost to call an 01 or 02 number on the same contract.