The 084 prefix numbers, such as 0844 and 0845, replaced the previous 0345 and 0645 offered by providers. Before 2004, the 0845 number cost to call at a price that was decided depending on the geographic location of the person calling. Despite this initiative, certain operators charged callers certain rates depending on if the call was long distance or not. So, in certain cases, the cost of calling the 0845 number became higher than an actual local call normally would. 0845 numbers are a good option for businesses to advertise their services and create a sleek image – buy your 0845 number now. 0845 prefixes are used by a lot of companies.

The 0845 prefix are often categorised as local numbers because of the usual low cost to call as it doesn’t matter where the location is. If the business that the customer is calling is in the same borough or on the opposite side of the country, the cost of the call should be the same. 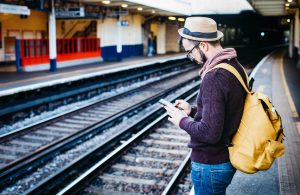 In 1995, national PhONEday occurred which saw some renumbering of certain contacts. The 084 prefix came into existence a year after this in 1996. This was when 0845 numbers appeared and were for phone calls made to a non-geographic number which would cost the same as a local contact. Before 1996, the prefixes that existed were the 0345 and 0645 numbers which were created in the 1980’s. However, the 0845 number replaced these.

Three years later in 1999, providers began to offer a call package described as inclusive, designed to make 01 and 02 numbers free to call. However, without this plan, there was no differing price between the local or national calls. Crossing into the millennium, companies got rid of the tarriffs that offered a discount for local calls – this occurred in 2004. This change meant that local rates were no longer a thing for callers. The cost of calling 0845 numbers remained almost the same before this change. However, since the year 2004, UK Advertising Standards Authority has banned companies from describing 0845 numbers as local. Some providers included 0845 prefixes in calling packages, but some have chosen not to do this.

The House of Commons and some Members of Parliament have criticised 0845 numbers in debates. This criticism is on the basis that 0845 numbers are used as access to government services, for example the Department for Work and Pensions (DWP). The use of these numbers to contact such services is controversial as taxes already finance government services and people who contact DWP usually do not have a lot of money. The DWP is moving from 0845 numbers to 0800 or 03 prefix numbers instead. In 2010, the Department of Health amended contracts of GPs within the NHS organisation to ban 084 numbers.