Home > What was the Big Number Change? What did it affect?

What was the Big Number Change? What did it affect?

The aim of the Big Number Change during the late 1990s and early 2000s was to address the various issues associated with telephone dialling plans in the United Kingdom. It was an initiative of Uk telecommunications regulator OFTEL, which forecasted that the increased demand meant that the UK would run of telephone numbers. The number of expected changes in the codes was expected to be around 160.

Why did the Big Number Change happen?

The rapid growth of telecommunications and the forecasted exhaustion of local numbers in several cities meant that the Big Number Change was imminent. It meant to free up extra phone n 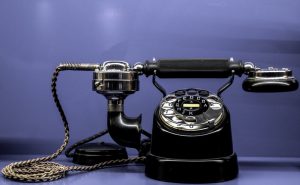 umbers. The first update involved expanding the availability of dialling numbers in a small number of geographic dialling codes, while it retained the ability to dial local numbers directly without the need of dialling an area code first. Some of the first cities to be affected included London, Northern Ireland, Cardiff, Portsmouth, Coventry and Southampton. A large switch would take place in April 2000, with all these places moving to an eight-digit local numbers. This ensured the enhanced capacity would be sufficient for decades to come and be able to meet the anticipated demands.

The changing over of these six areas in the UK, which were switched to new national dialling codes, involved the addition of digits before their main telephone numbers. All telephone companies organised the change and referred to it as the Big Number Campaign. Initially, there was confusion with many people calling their old numbers. However, people learned quickly and many have since adapted to the new format. It was reported that this campaign spent nearly £20m. Nonetheless, it was accused of not getting the message clearly across. However, the introduction of a service, which alerted customers who dialled wrong numbers, made it easier for them to get used to the new system. A report by the British Market Research Bureau at the time showed that nearly 63% had no idea of the new local numbers, with 59% not knowing their national numbers immediately after the switch happened. However, the expected success of the number means that London will create a capacity of an additional 64 million numbers.

How has it affected the UK telecoms industry? What was its lasting impact?

To finish off the steps, other areas to be affected by the changes included non-geographic and premium rate numbers. These had been using nine-digit numbers in the early 1990s, before being issued with ten digits and specific new prefixes in 1997 and 1998. Premium rate numbers had to use 090x prefixes, while free phone numbers now had the 0800 and 0808 prefix – you can buy 0800 numbers for your business here, or get an 0808 telephone number here –  with non-geographic numbers now using the 0845 and 0870 prefixes. The change resulted in the two London areas being reunified under a single code (020). It also resulted in the allocation of new numbers beginning with 3, 7 and 8 regardless of the location.