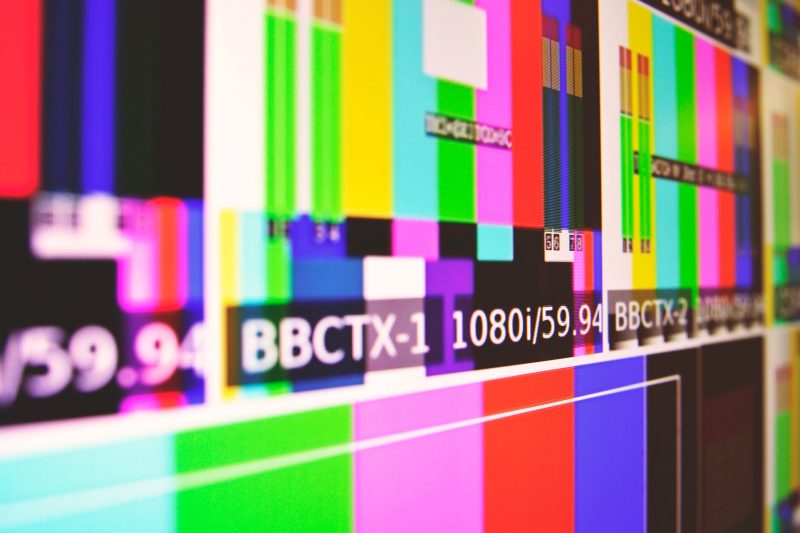 Have you ever found yourself in front of EastEnders or Coronation Street, watching a scene where a character picks up a ringing phone with the caller’s number clearly displayed? Have you ever noticed a telephone number prominently plastered across a shop front in a television drama or a film? And if you have, has it ever occurred to you to try ringing that number to see if anyone answered? With millions of viewers watching TV at any given moment, the chances are someone somewhere is right now calling a number they saw on screen.

Where do those numbers come from? Clearly, it would be unrealistic for television producers and broadcasters to use real phone numbers for their output. Even without the risk of potentially having to answer a tsunami of calls from curious viewers and pranksters, it would cost them a small fortune in line rental. If they ever stopped paying for a line and the number was reallocated to a regular customer, any rebroadcast of the drama could see that unsuspecting customer inundated with random phone calls. At the same time, modern drama demands realism. Viewers are smart and seeing an obviously made-up number is likely to break their suspension of disbelief, pulling them out of the story they are otherwise engrossed in.

Fortunately, Ofcom, the regulator of communications services in the United Kingdom, has come up with a solution to this problem. One of Ofcom’s many duties is to manage who gets to use what phone numbers. The regulator is responsible for allocating numbers to geographic ranges (i.e. for managing area codes), for creating special use ranges such as mobile and premium rate numbers, and for ensuring harmonisation with European services. Their Number Management System (NMS) allows communications operators such as British Telecom or Virgin Media to apply to use ranges of numbers. In other words, Ofcom is the overlord of who gets to use all the possible telephone numbers in the country.

It is Ofcom then, who is on the receiving end of the regular requests made by broadcasters and production houses for telephone numbers they can use in their dramas. It’s not just on-screen productions that want these kind of numbers, novels and radio dramas like The Archers need a supply of safe phone numbers too. In answer to these calls, in October 2004 Ofcom’s predecessor organisation, Oftel, published a range of real telephone numbers that they recommended for use in all forms of fiction, be they on screen or on paper. The numbers have since been revised by Ofcom following the Big Number Change. At the same time as this revision, Ofcom increased the range of numbers allocated to each area code from the ten that Oftel had assigned, to one thousand per code.

These number ranges (often called drama numbers, dummy numbers, or fake numbers) have not been allocated specifically for use in fiction, rather they are numbers Ofcom has declared will not be allocated to any communications provider. They are real phone numbers that won’t ever get to be used by real customers. They will never be connected to a telephone line, and ringing them will only ever result in hearing a “number unobtainable” message. That makes them completely safe for broadcast or publication without fear of some poor soul being hit with a wave of unwanted calls from TV fans.

What are the number ranges I can use for my TV or Radio programme?

To meet the diverse needs of modern fiction, Ofcom has set aside numbers in fifteen different geographic dialling code areas. By covering most of the larger cities in the country, drama producers can usually find a suitable geographic number that is coherent with the character or plot point making use of it. After all, it would make no sense to see a London number on a shop front supposedly located in Leeds.

Although there are a thousand available telephone numbers per area code (most of which fall into the range 496 0000 to 496 0999), because there is no formal procedure to apply for or use the numbers, it is possible that any given number could be included in more than one work of fiction. Realistically though, it is highly unlikely a viewer will see and recognise the same number in two distinct television shows, films, or books, given there are more than fifteen thousand geographic numbers to choose from, and thousands of non-geographic numbers too.

Not all fiction takes place in real, identifiable locations. Some shows, films, or novels are set in made-up places where a recognisable geographic area code would look out of place. It is for this reason Ofcom has also set aside another thousand numbers in the non-existent 01632 area code. If ever Middle Earth got connected to the telephone system, 01632 would be its code. 01632 is also recommended for use in any piece of fiction set in a real area whose actual dialling code is not included in the list of fifteen.

So next time you settle down to watch a soap, or take in a movie, or read a book, pay attention to the phone numbers that crop up. Now you know exactly how they got to be chosen.