The history of 0345 numbers

The history of 0345 non-geographical numbers can be traced back to the 1990s when 0845 NGNs first showed up (and were marketed as ‘local telephone numbers’). It cost the same to call an 0845 number as it did to call and ’01’ and a ’02’ number, and callers could be rest assured that they wouldn’t be that they wouldn’t be charged exorbitant per minute charges when they called these numbers. The main advantage with these NGN telephone pre-fixes was that businesses who wanted to reach customers all over the UK could do so with a portable corporate phone number.

Carrier Pre-Select and the 0345 number 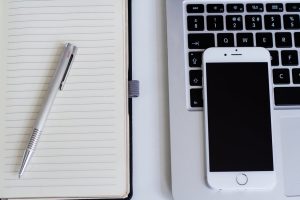 Then around the late 1990s a bunch of low cost telecom companies came onto the scene. These were the CPS (carrier pre-select) and the way they worked was they would route incoming calls around a network in such a way that they could charge far less. The company ‘Mercury’ was one of the most popular CPS.

After this major sea-change in telecommunications in the UK, and then over the next 2 decades of changes and innovations in this hyper-competitive industry, the costs of making phone calls fell across the board. As a result, 0845 and 0870 numbers became less and less of a specialty. 2005 saw the introduction of the 0844 revenue-generating telephone pre-fix and this essentially brought about the end of the popularity of 0845 NGNs.

Over the last few years, the range of 08 NGNs have been replaced by 03 numbers. The 0845 pre-fix was replaced with 0345, for instance, and in addition to lower landline costs, many mobile packages also offer inclusive minutes for 0345 numbers.

Most businesses with an existing 0845 number are making the switch to a current 0345 equivalent – which is why many companies are purchasing an 0345 number now. This is usually just a matter of porting an existing number with their phone company, and in many cases when clients dial the former 0845 number they’re patched straight through to the new 0345 NGN phone number (and also notified about the change in pre-fix).